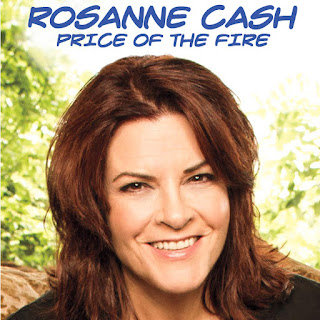 Hopefully by now you'll have noticed from my previous Rosanne Cash posts that she's got a lot of non-album material that's very good. So if you like the other stray tracks albums I've posted from her, you should like this one. It's more of the same quality music.

The songs come from bonus tracks, cuts on various artists compilations, duets on other people's albums, and the like. Four of the songs are officially unreleased, and all of those come from concert bootlegs. Happily, the sound is very good for those.

Cash has never been a very prolific songwriter, and usually these stray tracks compilations of hers are filled with covers. That's the case here too. About half of the songs are well-known classics, including versions of tunes from the Beatles, Bob Dylan, and her father Johnny Cash. But, as usual, she makes them all her own.