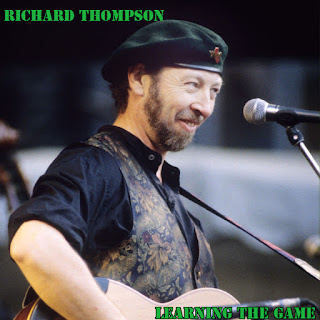 This album only deals with Richard Thompson's acoustic music, from the years 1994 to 1998.

That just leaves a few songs. The first two are Buddy Holly covers. The third one, "Don't Let a Thief Steal into Your Heart," was first done on a Richard and Linda Thompson album in 1978. I've included a version here because it's only rarely been done by Richard in an acoustic format. The last one, "She May Call You Up Tonight," is a cover of a Left Banke song.

In my opinion, Thompson had mostly put out excellent albums in the 1980s and early 1990s, but he hit a rough patch with "You? Me? Us?" "Industry" would have been stronger, it has an interesting theme about industrialization, except half of its songs are instrumentals. With this album, you basically get the best songs from both albums, plus a few more.