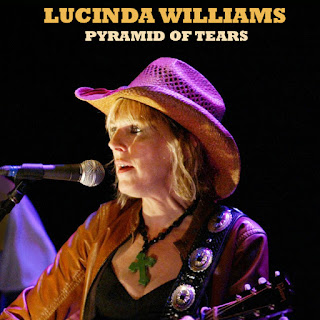 Here's the latest stray tracks album for Lucinda Williams. This is a particularly good bunch of non-album tracks.

All of the songs come from official sources, so the sound quality is uniformly excellent. A majority of songs are duets that Williams performed for other people's albums. It also includes three songs from tribute albums and a song from a soundtrack. Some of these are covers of famous songs, such as "A Song for You," "Sleepless Nights," and "Gentle on my Mind." I don't know who wrote the others, but I presume they mostly weren't written by Williams.