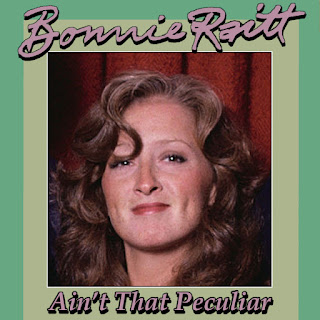 For most of the 1980's, Raitt's musical career was at a low point. Musical trends seemed to have passed her by. In 1983, she completed an album which was to be called "Tongue and Groove." But there were changes in her record company, and the new decision makers rejected it. She was forced to redo most of it. The result was released in 1986 with the name "Nine Lives." In my opinion, it's easily her worst album, filled with songs the record company forced her to do, and suffering from all the typical 1980s bad production issues.

Considering that recording history, you'd think the songs on this album would be bad too. But that's not the case at all. In concert, Raitt pretty much acted as if her album never happened, only playing a couple of songs from it. Instead, she played a different bunch of new songs. Perhaps some of them were originally meant for the cancelled "Tongue and Groove" album, though I don't know since I've never seen a list of the songs intended for that album.

In any case, this is the album that Raitt should have released in the mid-1980s. The first two songs don't fit the rest. The first one is a duet with the blues musician Sippie Wallace, from a Wallace studio album. The second one is a version of "Angel from Montgomery," one of Raitt's best known songs. This version is worthy of inclusion here because it's a live duet with the song's author, John Prine, which was released on an archival album.

Aside from those two songs, almost all the rest are live covers that were never recorded on a studio album by her. The one exception is "True Love Is Hard to Find." That song was included on the "Nine Lives" album. But I've included it because this live version doesn't suffer from the 1980s bad production like the studio version does.

Some of the songs have Raitt dueting with others. For instance, she performed Little Feat's "Dixie Chicken" with two members of Little Feat. She also did a song with the Fabulous Thunderbirds and two duets with Nick Lowe. But in all cases, Raitt's vocals are dominant or at least equally prominent as part of a duet.

Shortly after the time period covered here, Raitt released her 1989 album "Nick of Time" and had a career rebirth, selling millions of records. But her career was solid prior to that. I recommend avoiding her "Nine Lives" album and listening to this instead. Most of the live tracks come from soundboard bootlegs. A few don't, but even in those cases the sound quality is pretty good.

The album cover art is said to come from a 1982 concert poster, but it looks more like a bootleg album cover to me. I cleaned up a lot of it. I also changed the text at the bottom. Then, months later, I decided the photo in the center had some issues, mainly with the colors seeming off, so I replaced it with a different photo of her, from 1979.