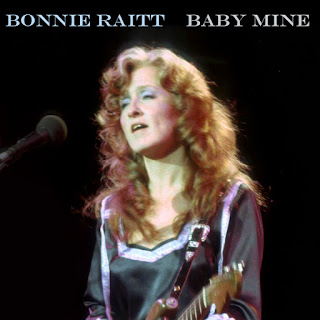 Bonnie Raitt had one of the most dramatic late career popularity surges in the history of rock. To be honest, she never was that popular from the start of her career in the early 1970s until the late 1980s. She only had one Top 40 hit, a cover of "Runaway," in 1977. By the mid-1980s, a drug habit and changing musical trends meant she fell so low that she lost her record contract. She had to resume touring as a solo acoustic artist because she couldn't afford to pay a band. She turned 40 in 1989, which was practically the kiss of death for female musicians, given the usual focus on youth and beauty. But she kicked her drug habit and revitalized herself musically. Her 1989 album "Nick of Time" became an unexpected hit, selling five million copies and turning her into a musical superstar.

This stray tracks album covers the time of her musical rebirth. Most of the songs on it actually come before the release of "Nick of Time," but one can hear her musical revitalization throughout all of it. The second wind for her career began with the first song here, "Baby Mine," because during the recording of that song for a various artists compilation, she met producer Don Was of the band Was (Not Was). Was was produced "Nick of Time," and was instrumental in giving her the right production that allowed her to succeed so dramatically.

Raitt has always been very open to performing duets and other musical collaborations. There are a lot of those here. She collaborates with some of her very favorite musicians, like Little Feat, Dr. John, and NRBQ. Some of the songs come from other people's albums or various artists compilations, but more (seven out of the 12 songs) are from unreleased concert bootlegs. However, the sound on all of those are really good, probably soundboard recordings for most or all of them.