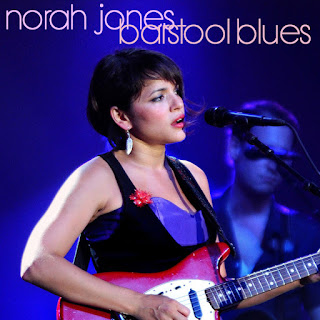 If you're read my previous posts about Norah Jones, I must sound like a broken record by now, but I'm going to say it again anyway: the Norah Jones music that doesn't make her albums is much more interesting, and better, than the music that does. She takes more risks, and she often performs great classic songs instead of the merely good songs that she writes herself.

This album is another case in point. And note also how prolific she is when it comes to non-album tracks. Typically, she only puts out one new album every two or three years. But there are enough stray tracks for me to make an album just of her 2010 material. And that doesn't include three more 2010 tracks I included on the next album in this series, plus some bonus tracks, and even more where the sound quality wasn't good enough for even bonus track status. It frustrates me that she doesn't make more of this material easily available. (She's only released one album of her stray tracks so far, even though she could easily release a dozen or more of such albums!)

In terms of content, most of the songs are covers. She only does a few really famous songs this time around, most notably two Neil Young songs ("Tell Me Why" and "Barstool Blues").

I need to explain what I did to the song "Life Is Better." That song is a collaboration between Q-Tip and Jones. It starts out like a typical Jones song, with her singing a verse and chorus. But then there's a long rap by Q-Tip followed by many, many repetitions of the chorus until a fade out. I didn't like the rap. I admire Jones's willingness to try new things, but it's wildly out of step with the rest of her use, especially with its use of the N-word and listing of lots of other rappers. So I edited that out, and replaced it with a repeat of part of the verse and then the chorus. I also thought the many repetitions of the chorus at the end got boring, so I cut way back on that. The end result is that I drastically changed the song. Sorry if I offended anyone (especially Q-Tip!). But I much prefer it this way.

The two bonus tracks are both nice performances, but the sound quality wasn't quite good enough to be included on the album proper.

The cover art photo comes from a MusicCares tribute concert to Neil Young in 2010. I chose a photo of Jones playing the electric guitar to make the point that she's talented at guitar as well as piano.
Posted by Paul at 11:02 PM