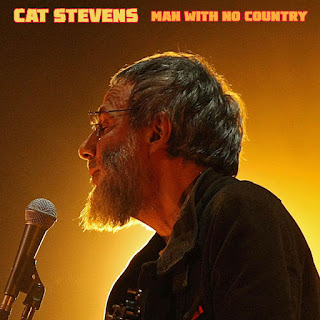 In the mid-1970s, Cat Stevens converted to Islam. It became such a big part of his life that at the end of the 1970s, he gave up his musical career altogether. He didn't even play the guitar for a couple of decades. Then, in the 1990s, under the name "Yusuf Islam," he resumed making records, but all of his songs were about Islam, and appealed pretty much exclusively to a limited Islamic audience. In 2006, he finally resumed making secular music with his album "An Other Cup." Since then, he's made more secular albums and toured some, reconnecting with his classic older music.

This album collects his stray tracks for this second phase of his secular music career (so far). He hasn't done that much in terms of non-album tracks, but this album covers a nearly 20-year timespan, which is enough to collect an album's worth of good songs.

Note that I'm not a religious person, so I have no interest in his Islamic-themed music. But I did include one song from the tail-end of that era of his career, "I Look, I See." Yes, it has a religious theme, but it's also a damn fine pop song that in my opinion has the same songwriting magic of his classic late-1960s/early 1970s period. And by the way, I'm only calling him "Cat Stevens" here even though he generally called himself "Yusuf Islam," and then just "Yusuf," for most of this time period. On his most recent album he's gone back to calling himself "Cat Stevens," and I think it's pretty obvious that that's the name his music will be remembered by.

Most of the songs here are cover versions, though there are a few originals, such as the previously mentioned "I Look, I See," as well as "Indian Ocean," "My People," and "He Was Alone." It's clear he's a big Beatles fan, and especially a George Harrison fan, because he covers two Beatles songs, one of them written by Harrison, and two Harrison solo songs. That makes perfect sense, because he and Harrison have shared an intense interest in religious matters.

Most of the songs have been officially released. Only four have not. But those four generally sound as good as official releases. The only one that doesn't is his version of "Somewhere," a song originally from "West Side Story." The sound quality on that is a bit rough, but still very acceptable. The rest of the songs come from singles, various artists compilations, and the like.

As I write this in 2021, Stevens is 71 years old. Yet I swear his voice sounds exactly like he did in the 1970s. It's uncanny, like he just popped out of a time machine. His musical sensibilities are very much the same too. Basically, if you enjoy his classic era stuff, you should like this.

The cover art photo comes from a Stevens concert in Dublin in 2006.