The Twilights - Once Upon a Twilight - Alternate Version (1968) 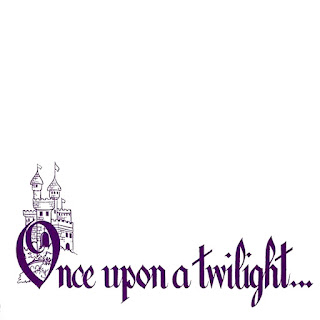 I just posted a Twilights album that gathers up all their best songs from 1965 to early 1968. This is dominated by their 1968 album "Once Upon a Twilight," which makes up the first 11 songs. The last six songs are the few songs the band released after that album until they broke up. So between the two albums, you basically have the career of this short-lived but excellent Australian band.

In my opinion, there was a lot of great rock music that came out of Australia in the mid to late 1960s, but the vast majority of the really good stuff were the A-Sides of singles. I don't know of too many acclaimed albums, and I think this is the only one from that country and era in my collection. It was critically acclaimed at the time, but unfortunately didn't sell well. I think it's solid through and through, with the exception of "The Cocky Song," a "comedy" song that I think flops so badly that I didn't include it at all, not even as a bonus track. Trust me, you're not missing anything, and including it would ruin the mood and flow of the rest of the album.

As I mentioned in my previous Twilights post, the band was highly influenced by the Beatles and other similar British bands of the time. (They went to Britain in 1966 and 1967 in a brief and unsuccessful effort to make it big there. But they soaked up the music and the cultural trends, and even managed to get to watch the Beatles record "Penny Lane" in the Abbey Road studio, since they were recording there too at the time.)

The songwriting here is excellent. I especially like "Comin' On Down." In my perfect world, this catchy song would be a big hit and still get played on classic rock stations. In reality, it was merely a B-side that got very little notice. Perhaps that's because the song was about an imagined devastating nuclear war, which isn't exactly typical Top 40 material! (But the fact that bands then wrote songs about anything and everything is one reason why I especially like the musical era.)

I like the song so much that I made my own edit of it. The "real" version comes to a top stop at about 2 minutes and five seconds. Then it ends with about ten seconds of a child singing "All Things Bright and Beautiful." I found that odd and unsatisfying, when the song desperately needed to go back to the chorus again. So I have the chorus repeat and fade for another 40 seconds or so. Sorry about taking that artistic liberty, but I couldn't help myself. ;) I've included the unedited version as a bonus track for the purists who prefer to hear that.

Terry Britten was the band's main songwriter at this point. Unfortunately, after the band broke up near the end of 1968, he only put out a couple of singles before he more or less gave up performing and stuck just to songwriting. (As I mentioned in the previous post, he wrote some big hits for others.) Thanks to the help of a commenter named Big Gray, I found his three post-Twilights singles (released under the very-short-lived band Quartet), and I've included that at the end. Those  songs sound exactly like the other Twilights songs. The other single he did that I know of had the A-Side "Now" and the B-Side "Will My Lady Come."

The band's main singer Glenn Shorrock stayed busy with several bands and eventually found much bigger success with the Little River Band in the late 1970s. So I haven't included any of his post-Twilights material here.

Comin' On Down (Twilights)

Email ThisBlogThis!Share to TwitterShare to FacebookShare to Pinterest
Labels: 1968, Twilights