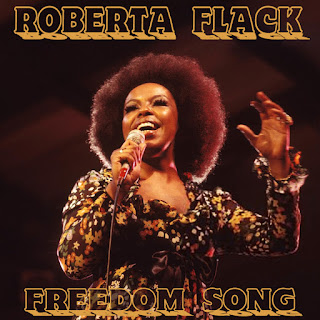 Up until recently, I wasn't a fan of Roberta Flack's music. I'd gotten the impression that most of it was smooth, cheesy, generic pop. I only liked a few of her big hits, like "Killing Me Softly," that were good enough to rise above production issues. But then I discovered her first few albums were different. Her first album came out in 1969, and she only went all in on "adult contemporary" pop around 1973. Her first album, "First Take," is particularly acclaimed.

In this, I shouldn't be too surprised, because it fits with larger musical trends. The late 60s and early 70s were a musical high water mark, in my opinion. Soul music in particular went drastically downhill as the 1970s went on, especially thanks to disco. Look at many other soul greats who had great music at the start of the 1970s but then struggled from the mid-1970s onward, like Aretha Franklin, Dusty Springfield, James Brown, Wilson Pickett, and many more.

In any case, now that I've come to appreciate at least the early phase of Roberta Flack's career, I've discovered that she did a lot of songs in concert in those years that she never put on her albums. I found enough for a nice stray tracks collection. Furthermore, I plan on posting an early concert of hers that has even more.

Flack is a song interpreter, not a songwriter, so all of these songs are covers. The third and fourth songs are duets from a Les McCann album. Four more songs, "Freedom Song" plus the last three, come from soundtracks or a guest appearance on another album. The rest are taken from concert bootlegs. Luckily, those are of high sound quality. I've removed the audience noise so those songs will fit in with the studio tracks.

The cover art photo is from the Newport Jazz Festival in July 1971.