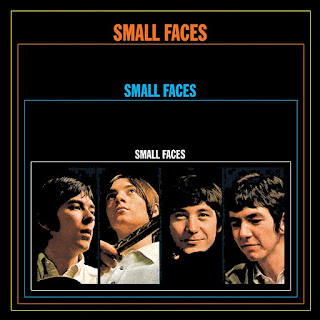 I just posted two Small Faces albums. But, heck, while I'm at it, here's a third. Again, I normally don't like to post officially released albums that are still in print, but again I'll make an exception here to make it easy for people to make sure they have every Small Faces song. It's confusing with different British and American albums, and albums with the same name.

As for the musical content, this album was a creative leap forward for the band. They had been doing soul-based rock, but this has more variety, and has more of a psychedelic sound (since that was all the rage in 1967). There are no hit songs on it, since the British trend was to not put A-sides of singles on albums too, but the songs are solid all the way through, and all of them are originals. In 1992, Paul Weller named the album one of his top ten favorites of all time.

By the way, in the US, this exact album wasn't released. Instead, an album with the name "There Are But Four Small Faces" came out in early 1968 (about nine months later). It removed seven songs and replaced them with recent hits like "Itchycoo Park," "Here Come the Nice," and "Tin Soldier," plus some B-sides.

The album cover is exactly the same as originally released.