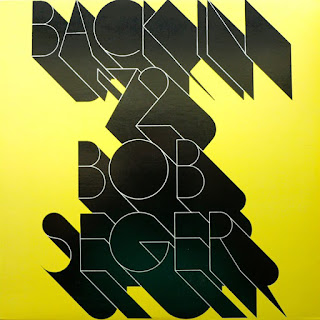 Here's something else from Bob Seger while I'm at it. As I mentioned previously, all of Seger's albums through 1973 remain officially out of print. I got a request from my musical associate Lil Panda to post all of one of them, "Back in '72" from 1973. He thinks it's a particularly strong album, so if you only get one of the out of print albums, it should be the one. Indeed, if you look at the crowd sourced ratings of all his albums at rateyourmusic.com, this album gets the third highest rating of all his studio albums, behind only "Night Moves" from 1976 and "Stranger in Town" from 1978.

Lil Panda sent me his version of the album, which is the best quality version he could find. So that's what I'm sharing here.

This album is 35 minutes long.

The cover is the exact same as the original without any changes.