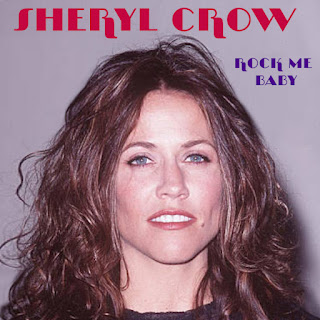 Here's an album that took me by surprise. I'd already posted a Sheryl Crow stray tracks album dealing with the years 1995 and 1996 called "Keep On Growing." But then I found three covers of blues classics she did live, "Have You Ever Loved a Woman," "Rock Me Baby," and "I Can't Quit You, Baby," that together totaled 22 minutes. This left me with about an album and a half of material for this time period. I didn't know what to do with that. But I waited a few months, and eventually some other songs from this time emerged.

So I've split that stray tracks album "Keep On Going" into two. The first half, still called "Keep On Growing," now deals mainly with 1995. This one just has songs from 1996. It's dominated by the blues covers I mentioned above. Luckily, although all three apparently were only played once, and in small clubs, no less, excellent soundboard bootlegs exist for them.

Many of the other songs could be called blues rock, so this album has some stylistic consistency. Two of the songs are covers of the Rolling Stones classics "Bitch" and "Sway." Another is a soulful duet with Steve Winwood, "When Something Is Wrong With My Baby," and two songs are duets with Eric Clapton, "Ordinary Morning" and "Tearing Us Apart."

All these other songs are also from concert bootlegs, so every song here was done live, but they also come from excellent sources.

This album is 45 minutes long. The songs are in chronological order.

If you're interested enough to download this, you definitely should redownload "Keep On Growing," because the songs on it have drastically changed, and I've added a couple of new ones. Here's the link:

Note that while I put this album together, I also redid all the other Sheryl Crow albums I've posted so far, fixing the volume balance between songs and redoing the mp3 tags. And I've added a song to the "Happy" stray tracks album and another song to the "Sweet Little Rock and Roller" album.

I didn't see any photos of Sheryl Crow from 1996 that I really liked, even though there are many. So I used one from 1997 instead.