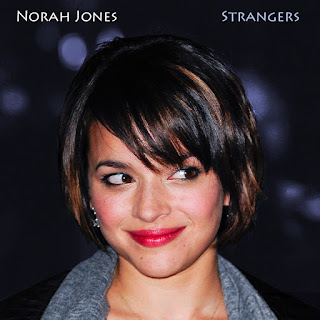 I must sound like a broken record by now when it comes to Norah Jones. So I'll try to summarize my feelings as quickly as possible. Don't judge Jones by her "adult contemporary" hits and albums. She has a much more interesting alternate career with her non-album material, where she takes more risks and shows more variety. Plus, she generally applies her sultry voice to great songs written by others instead of just okay songs that she writes herself.

If you've been following my other Jones stray track album posts, this is more of the same. She does covers of songs made famous by Ray Charles, the Kinks, Wilco, Johnny Cash, Neil Young, and more. Most of the songs are bonus tracks, B-sides, or are from various artists compilations, or are duets on other artists' albums.

Three of the songs are officially unreleased, from concerts. However, the sound quality of those are high enough that I don't think you'll be able to tell from hearing which ones they are. Actually, a bunch of songs here are live versions, but I've removed the audience cheering to make them all sound like studio tracks.

Note that I made some major changes to a cover of the Ray Charles classic "What I'd Say." This version featured lead vocals from Jones, Willie Nelson, and Wynton Marsalis. That meant Jones didn't sing a big percentage of the lines. So I cut out Marsalis's vocals, but otherwise kept all the other parts. This turned the song into a more typical duet, instead of a... "three-et"?

By the way, Jones is a huge fan of Willie Nelson and his music, and he really likes her too. They've done lots of duets over the years. This is especially the case for this album, with no less than five Jones and Nelson duets!

"Skylark" is a bonus track because the sound quality wasn't quite good enough.

UPDATE: On June 7, 2020,  I updated the mp3 download file. Most of the songs are the same. But I moved three songs from the previous album in this series: "Makin' Whoopee," "What I'd Say," and "Come Rain or Come Shine." In turn, I moved three songs from this album to the next one in this series. I had to move some songs around because the previous album was too full, due to newly found songs.

The only problem in making the cover art for Norah Jones albums is which photo to use, because she looks so good in every single one! This one is from 2009.
Posted by Paul at 6:36 PM