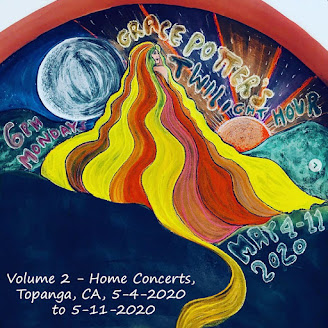 About a month ago, I published the a home concert by Grace Potter. It was the first of bunch, and this is the second. You might want to read what a wrote there for some general information. In short, she's been performing home concerts that are roughly an hour long once a week for most of the coronavirus lockdown. For this album, I had to combine two such home concerts for there to be enough material for an album. This one is an hour and two minutes long.
Sometimes for her home concerts, Potter has performed mostly or entirely her own songs. But for these two shows, nearly all the songs are covers. There are two originals towards the end. Some were performed solo, but the vast majority were played with a small band, generally just a drummer and lead guitarist, plus Potter on keyboards or guitar.
For these shows, Potter clearly was just winging it most of the time. I had to cut out a lot of songs because she only tested the waters, typically playing just one verse. For instance, for the second show, she played portions of the following songs, which I didn't include: "That's Alright Mama," "I Can't Stand the Rain," "Stacey's Mom," "Bohemian Rhapsody," "Grandma's Hands," "You Really Got Me," "Whipping Post," and "What a Wonderful World." I hope she returns to full versions of those later!
I only included the songs that were done in full and clearly worked. No doubt, a lot of these have been done by her and her band in concert in the past, because they sounded good. Others were done for the first time. For the second show, which is comprised of songs 11 through 17, most of the songs were about mothers in some way, because the show took place close to Mother's Day. I'm guessing that more of those were done for the first time.
Anyway, if you haven't heard Grace Potter before, this is a good time to jump on board, due to her mostly doing classic songs that you're probably familiar with. Hopefully you'll discover that she's an excellent vocalist, but also a talented instrumentalist, and she has great taste in music.
01. Into the Mystic - Van Morrison
02. Jolene - Dolly Parton
03. Out on the Weekend - Neil Young
04. Gold Dust Woman - Fleetwood Mac
05. White Rabbit - Jefferson Airplane
06. When Doves Cry - Prince
07. Whole Lotta Love - Led Zeppelin
08. Ring of Fire - Mystery Train - Chitty Chitty Bang Bang - Johnny Cash / Elvis Presley / Sherman Brothers
09. Love the One You're With - Stephen Stills
10. Wild Horses - Rolling Stones
11. Every Heartbeat - Grace Potter
12. True Fine Mama - Little Richard
13. Come to Mama - Ann Peebles
14. Mama Told Me Not to Come - Randy Newman / Three Dog Night
15. Big White Gate - Grace Potter
16. That's the Way - Led Zeppelin
17. Tell Mama - Etta James
Here's the usual song list:
01. Into the Mystic (Grace Potter)
02. Jolene (Grace Potter)
03. Out on the Weekend (Grace Potter)
04. Gold Dust Woman (Grace Potter)
05. White Rabbit (Grace Potter)
06. When Doves Cry (Grace Potter)
07. Whole Lotta Love (Grace Potter)
08. Ring of Fire - Mystery Train - Chitty Chitty Bang Bang (Grace Potter)
09. Love the One You're With (Grace Potter)
10. Wild Horses (Grace Potter)
11. Every Heartbeat (Grace Potter)
12. True Fine Mama (Grace Potter)
13. Come to Mama (Grace Potter)
14. Mama Told Me Not to Come (Grace Potter)
15. Big White Gate (Grace Potter)
16. That's the Way (Grace Potter)
17. Tell Mama (Grace Potter)
https://www14.zippyshare.com/v/7JTjTe0t/file.html
For some, but not all of Potter's home concerts, she had made some promotional artwork using a chalkboard in her house. The mother-themed show of May 11, 2020 had such artwork made for it. I enjoy her artistic style, so I used that for the cover. I made a few minor changes to the lower half, changing the date mentioned from "May 11" to "May 4 - 11," and removing some other text.
Posted by Paul at 1:17 AM No comments: 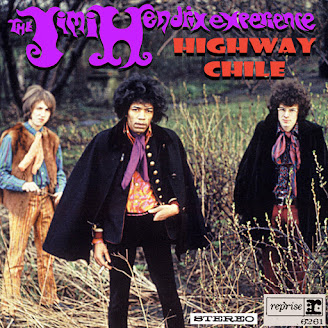 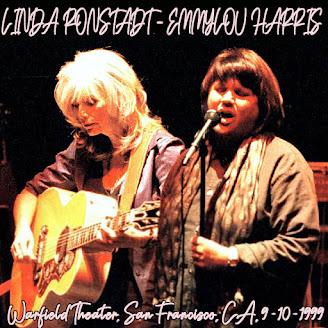 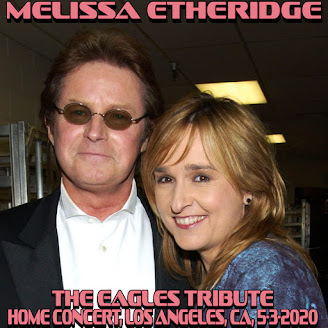 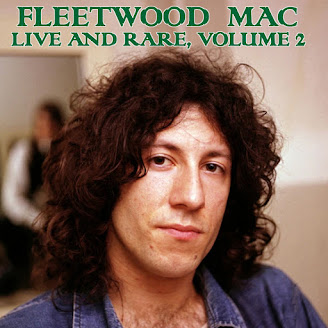 Yesterday, I posted "Live and Rare, Volume 1." This is more of the same. It's the second and final album dealing with songs Fleetwood Mac played in concert during the Peter Green years that are officially unreleased and were only recorded on rough sounding bootlegs.
As I wrote for that previous volume, beware that the sound is far from perfect. That said, it's very listenable. I make these albums mainly for myself, and I'm not going to put up with something that sounds like crap. Like I wrote yesterday, these often are good sounding songs from otherwise rough sounding bootlegs.
How is that possible? One way is that it often is harder to record vocals well than the instrumentation. And four of the songs this time around are instrumentals. As I explained with that earlier volume, many of these instrumentals have no easily identifiable name. It's likely for at least some of them that they were spontaneous blues jams with no name at all. So I came up with my own names, using the town names. (I had to add the year for two of them, since there are two from Stockholm, Sweden in different years.)
This album ends in early 1970 because that's when Peter Green left the group. Also, when he left, the variety of songs the band played in concert was drastically reduced. I think the live improv instrumentals came to a halt as well.
Both this volume and the previous one are about 50 minutes long.
01. Goin' Down Slow (Fleetwood Mac)
02. San-Ho-Zay [Instrumental] (Fleetwood Mac)
03. Stockholm '69 Improv [Instrumental] (Fleetwood Mac)
04. Gothenburg Improv [Instrumental] (Fleetwood Mac)
05. If You Let Me Love You (Fleetwood Mac)
06. All Over Again [I've Got a Mind to Give Up Living] (Fleetwood Mac)
07. It Takes Time (Fleetwood Mac)
08. Stockholm '70 Improv [Instrumental] (Fleetwood Mac)
https://www73.zippyshare.com/v/2gtNjOkN/file.html
As with the cover art for Volume 1, I didn't have a lot of great photos of the entire Fleetwood Mac band, so I decided to use one of lead guitarist Peter Green, at a further tribute to his recent passing (which happened a few days ago as I write this).
Posted by Paul at 2:27 PM No comments: 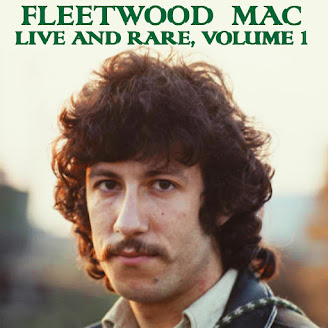 As I wrote yesterday, legendary guitarist Peter Green died just a few days ago. To further commemorate his passing, I have some more music to post from the time he led Fleetwood Mac.
Be warned that this album isn't for everyone. It contains interesting rare songs performed live that didn't fit anywhere else in my music collection. All of them are officially unreleased. But generally speaking, these songs come from audience bootlegs, so the sound quality isn't up to my usual standards. Some are rougher than others. That said, all of them pass my listenability test, or I wouldn't bother including them.
It's truly remarkable how many different songs Fleetwood Mac performed in concert back in their Peter Green-led years. All of these, I believe, never appeared on any official albums, and most of them only show up on one or a couple of different bootlegged concerts. (There are even more that I wish I could have included, but the sound quality was too poor, or they didn't get bootlegged at all.)
In some cases here, these songs happened to be the best from some fairly bad sounding bootlegs. For instance, there might have been a bootleg where the vocals were recorded badly, but an instrumental from it sounds just fine. The first three songs are all like that. They come from 1967, a year of no decent sounding Fleetwood Mac bootlegs, but for some reason these songs stood out in terms of sounding listenable.
I'll follow this with a second and final "Live and Rare" volume. I have to admit that there are some instrumentals on them with names that I can't identify. It could be they were just blues jams that never had a name in the first place. In such cases, I came up with my own name, using the town they were performed in. There's only one such case here, the song I call "Windsor Improv."
The last song, "All Over Again (I've Got a Mind to Give Up Living)," is kind of a bonus track. I have a different version on "Live and Rare, Volume 2." This one is from 1969, so it doesn't fit with the other songs here from 1967 and 1968. But Peter Green's slow blues guitar playing on "All Over Again" is always amazing, so I want to have every decent sounding version the band did in my collection. Thus, I've stuck one on here, instead of having two versions on "Volume 2."
Finally, thanks to my musical associate MZ for his assistance with this album. He helped me find some of the rare versions here, and also used his sound editing skills to make them more listenable.
01. Evil Woman Blues (Fleetwood Mac)
02. Windsor Improv [Instrumental] (Fleetwood Mac)
03. I'm Goin' Home (Fleetwood Mac)
04. Bleeding Heart [Edit] (Fleetwood Mac)
05. Don't Know Which Way to Go (Fleetwood Mac)
06. The Sky Is Crying (Fleetwood Mac)
07. Too Late to Cry (Fleetwood Mac)
08. Crossroads (Fleetwood Mac)
09. Call It Stormy Monday (Fleetwood Mac)
10. All Over Again [I've Got a Mind to Give Up Living] (Fleetwood Mac)
https://www73.zippyshare.com/v/9fpmFjDi/file.html
Good photos of Fleetwood Mac from 1967 or 1968 are very rare, and I've used just about all of the decent ones I could find. Since Peter Green died recently, and he was the leader of the band back then, I decided to honor him by featuring him on this cover. I don't know when or where this photo is from exactly, but I'm guessing it's from around 1968.
Posted by Paul at 1:37 PM No comments: 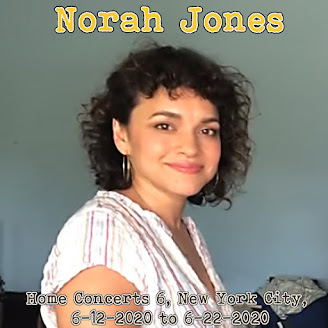 Here's the next in a long series of Norah Jones home concerts. She continues to play about four songs a week in this format. May she keep it up forever! ;)
There's not much to say for this one. If you liked the previous five home concert albums of hers I've posted, you'll like this one too. The sound is perfectly good except for one thing: for many of these songs, the vocals are rather low in the mix. She's on piano for this, and I'm guessing that she kept her face too far from the microphone. But that's just a minor blemish.
Most of the songs are from her most recent album, or previous albums. But there's one very off the wall cover: "Song of the Highest Tower." This was first done by the Cut Worms in 2018. As usual, Jones makes the song her own.
By the way, I want to keep posting more of Jones's home concerts, and I will, but I've run into a snag. While I was on vacation earlier this month (July 10th), she gave a mini-concert that I missed. Instead of posting her performance on her YouTube channel, as usual, she gave a concert for "Amazon Live." She played four songs: "To Live," "Flame Twin," "I'm Alive," and "It's Gonna Be." Unfortunately, it seems Amazon only had this up for a few days, and it has since disappeared. If you have a recording of this show, please let me know so I can keep posting without having a big gap.
01. To Live (Norah Jones)
02. Hurts to Be Alone (Norah Jones)
03. Heartbroken Day After (Norah Jones)
04. I'm Alive (Norah Jones)
05. What Am I to You (Norah Jones)
06. After the Fall (Norah Jones)
07. Stumble on My Way (Norah Jones)
08. talk (Norah Jones)
09. Song of the Highest Tower (Norah Jones)
10. talk (Norah Jones)
11. Those Sweet Words (Norah Jones)
12. Thinking about You (Norah Jones)
13. talk (Norah Jones)
https://www93.zippyshare.com/v/YiNVtVqb/file.html
For the album cover, I took a screenshot from the first home concert here.
Posted by Paul at 12:59 PM No comments: