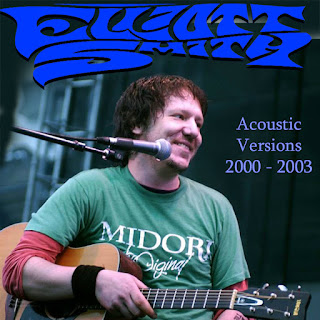 Here's another album from Elliott Smith. I've already posted two albums of his songs stripped down to acoustic versions; this one is the third. It also, sadly, is the last, due to his untimely death in 2003. Of course, Smith's music was acoustic=based to begin with, but this strips things down even more, usually to just him and his acoustic guitar.

If you like Smith's music, you should definitely like this one. All the songs here are officially unreleased. Only the first three weren't performed in front of an audience. But the vast majority of these come from soundboard bootlegs, so the sound quality is fine. As I often do, I've removed the audience noise so all the songs are consistent in sounding they were done in a studio.

I've already posted another series of albums containing Smith's stray tracks. Many of the songs here are officially unreleased in any form as well, since not much has come out yet from the last three years of his life. But any such song is also on my stray tracks series, but those are different performances.

Note that all the songs here are Smith originals. I have some other albums I'll be posting later that deal with the many cover songs he did.

For the cover art, I used a photo of Smith in concert in 2003. I took the lettering of his name from a bootleg.
Posted by Paul at 10:09 AM