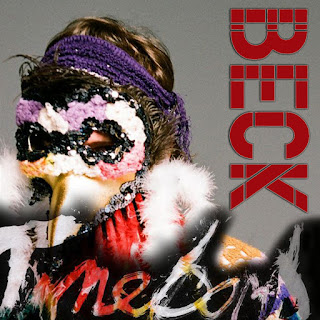 Beck is extremely prolific, and virtually all of his stray tracks are good. Here he was, a dozen years since he first hit it big, and in a three-year window in which he released two official albums, he still had enough stray tracks for another album. And that's just what is publicly available. He's said to do tons of stuff that he keeps in the vaults.

The songs here have more stylistic variety than usual for Beck. He's often gotten locked into a particular style for a couple of years. But on this album he goes from country to folk to dance, and more. Most of the songs are originals. Some exceptions are "No Expectations" by the Rolling Stones, "Wave of Mutilation" by the Pixies, "Winter Is Blue" by Vashti Bunyan, "Forget Marie" by Lee Hazlewood," and "Youre Running Wild" by the Louvin Brothers. The last two were part of a country music project of his that has mostly stayed in the vaults.

Most of the original songs come from an A-Side ("Timebomb"), B-sides, or bonus tracks. One curious exception is "Please Leave a Light On When You Go." Beck only played this song once in concert, in 2007, and luckily it got bootlegged. However, in 2012, when he released his sheet music project "Song Reader," the song showed up there too (but performed by others instead of him, just like most songs in that project). The version is played live was very short, only about a minute and a half long, so I lengthened by repeating the one sung section and an instrumental section after it.

Another interesting original is the song "Holy Man." Beck got involved in making some music for the 2006 movie "Nacho Libre." Three of his instrumentals made the album soundtrack. (I've only included one, "10,000 Pesos," since the other two were short and inconsequential, in my opinion.) But he also came up with a good version with lyrics that wasn't used for the film. Instead, an obscure Mexican group covered it for that, and Beck's version went unreleased but somehow got leaked to the public.

For the album cover, I basically used the cover to the single "Timebomb." However, I felt that cover was artistically lacking due to a large blank area that left it imbalanced. Furthermore, Beck's name wasn't anywhere on it. So I added his name in with large letters to fix both of those things.
Posted by Paul at 10:14 AM

Email ThisBlogThis!Share to TwitterShare to FacebookShare to Pinterest
Labels: 2006, 2007, 2008, Beck