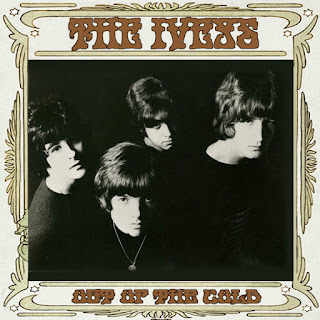 I'm psyched to be able to share this. As I said in another post, I only recently discovered just how good Badfinger is by looking beyond their officially released albums, and this is an Exhibit A example.

From their start around 1964 until the end of 1969, and right before they made it big, Badfinger was known as the Iveys. They released one album in 1969, called "Maybe Tomorrow," but then put the best songs from it on the first Badfinger album in 1970, called "Magic Christian Music." But did you know there's a second officially released Iveys album from 1967? And that it's even better than their 1969 one?

If you don't know that, it's because it's only partially true. An album's worth of Ivey's song from 1967 has been officially released, but those songs have been spread over four albums, released decades later. All I've done here is put the songs from them all together. Three of the albums are various artists collections of previously unreleased songs related to Apple Records, with the Iveys being the best known artist on any of them. The fourth is an album that comes with a book about the band, called "Without You - The Tragic Story of Badfinger." So these are about as obscure as official releases can get while still technically being released.

And that's a shame, because the songs here are really good! I'm surprised, if not shocked. I had assumed based on how the Iveys/Badfinger didn't release anything until one single in late 1968, followed by a mediocre album in 1969, that the group didn't really hit their stride until they began putting out music under the Badfinger name in 1970. But, in my opinion, this album shows them with a lot of very good songs in 1967, that are well produced, played, and sung. (All the songs here are originals.) In hindsight, I don't see why the band wasn't able to release an album in 1967 when so many lesser bands managed to do so.

At the time, and well into 1969, the Iveys/Badfinger played virtually all covers of hits in their concerts, probably because that's what pleased the crowds. But we now know that behind the scenes, the band was working on their songwriting at a furious pace. The band had multiple talented songwriters, and their chief songwriter Pete Ham has over 50 demos of original songs from 1966 and 1967 alone that have been officially released by now, and only a couple of those are the same songs (but different performances) as the songs on this album. So the band could have released a couple of albums a year in the late 1960s, with ease. I had no idea!

These songs are technically considered "demos," but they sound like fully developed band performances to me. One song here, "Taxi," was even produced by none other than Ray Davies, leader of the Kinks, way back at the start of 1967, when the Iveys were total nobodies. The sound quality is pretty good, although a few songs are slightly muffled. "Taxi" probably is the most noticeable case of that, no doubt due to the original recording being lost rather than bad production from Davies.

I've looked at Internet comments about the 1969 Iveys album, and one common criticism (that I agree with) is that it sounds "twee" or even "wimpy." Many of the songs are ballads, heavy with strings, and have a kind of dated "toytown" sound to them. These 1967 songs are surprising also because they're different. They're generally all upbeat and poppy, and sometimes slightly psychedelic.

Only one song here would be saved for later records: the last one, "Knocking Down Our Home." Different versions of it would appear on the 1969 Iveys record "Maybe Tomorrow" and the 1970 Badfinger album "Magic Christian Music." But this version is produced very differently, much more simply, and I far prefer this version. There are no strings on this album as a whole, maybe for budget reasons, but I think it's a big plus. In retrospect, that 1969 Iveys record probably was overproduced, especially with lots of strings.

I'm still trying to sort through the oodles of Badfinger-related demos and other stray tracks, which number well over 100 songs. But in the meantime I figured I'd post this, since the songs are all of a piece, and together they make up an album that's 42 minutes long. That would have been an ideal album length for the era.

I had trouble coming up with a cover for this album. I wanted to use the name "Badfinger," but that name didn't even exist in 1967, so I reluctantly went with "The Iveys" instead. I also wanted a psychedelic cover, since it was 1967 after all, while also showing the band. But the only band photos I could find from the time were black and white ones of the band members just standing there. So I found some art nouveau styled framing and stuck a photo it that, since art nouveau was a big influence on psychedelic art, and it seemed more in keeping with the Iveys/Badfinger music.
Posted by Paul at 1:47 PM

Email ThisBlogThis!Share to TwitterShare to FacebookShare to Pinterest
Labels: 1967, Badfinger