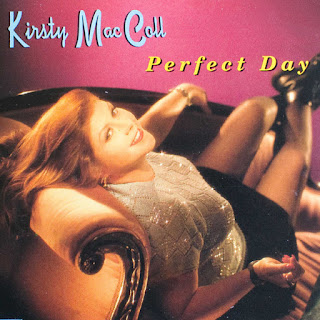 I'm trying to hurry through posting the rest of Kirsty MacColl's stray tracks albums, because I don't want to be posting music from too many different artists at once. I only have one more album to go after this one.

And this is a particularly good one. In my opinion, most musicians peak in their first decade as professionals and have a long, slow decline after that. But MacColl was steadily getting better for the entire duration of her career, until her tragic early death in 2000. This is part of that pattern. Had it actually been released as an album, I think it would have been just as solid as her other albums in the 1990s.

The songs here come from all the usual stray track sources: A-sides, B-sides, bonus tracks, and songs from box sets and soundtracks. The vast majority of the songs are written by MacColl, as usual. However, "Perfect Day" is a cover of a Lou Reed song, and "I Wanna Be Sedated" is a Ramones song.

UPDATE: On December 4, 2019, I added in the song "Moving Out" after happening to find it. It's an unreleased theme song for a short-lived British TV show. I made major edits to make the two parts I found on YouTube into one cohesive whole.

I made the cover art from the cover of the "Perfect Day" single. But that song was a duet with Evan Dando, so I had to airbrush his name out of the picture.
Posted by Paul at 6:16 PM