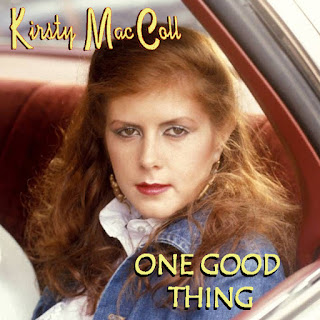 Here's the next in a series of stray tracks albums for Kirsty MacColl. This covers 1990 to 1992.

There's not much to say here, except that nearly all the songs are B-sides from the era of her 1991 album "Electric Landlady." There are three other songs at the end, including one unreleased song, a great version of the Clash song "Train in Vain."

In my opinion, MacColl's music is extremely solid and consistent, with her non-album tracks often as strong as her album tracks. So if you like her stuff, you should like this.

I made the cover from a photo of MacColl, but I don't know where or when it was taken.
Posted by Paul at 6:47 PM