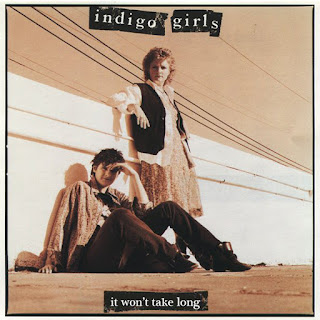 I've already posted four albums of stray tracks from the Indigo Girls, covering their 1980s and early 1990s material. Two of those contained all original songs, and two of those contained all covers. By the time covered here, the mid-1990s, the amount of non-album material that interests me declines, so this contains both original and cover songs.

Most of these are from a variety of studio sources, such as soundtracks, tribute albums, B-sides, and the like. Two of them are from concert bootlegs, because they're of original songs that don't seem the exist in any other format.

Unfortunately, my interest in the Indigo Girls declines around the end of the 1990s. For whatever reason, I don't think they maintained their songwriting at their previous high levels. However, I still have four more Indigo Girls albums to post, that are all acoustic versions of their best songs, generally taken from in-person radio station performances.

The cover art comes straight from the cover for the "Power of Two" single, from 1994. All I did was change the text at the bottom.
Posted by Paul at 6:32 PM