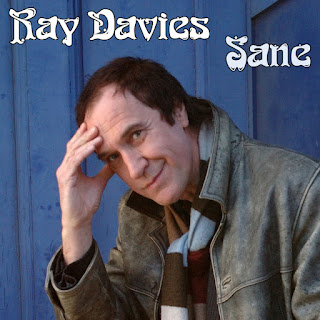 If you've been following this blog, you may have noticed that the Kinks are one of my favorites bands and I've been posting a lot of stuff from them. Not surprisingly, my interest extends to the solo career of Ray Davies, the band's main singer and songwriter. I'm going to make an effort to post more from his post-Kinks solo career too.

Unfortunately, he hasn't released as much material as one would expect. For instance, he went from 1998 to 2006 without releasing an album, apparently because he couldn't get a record deal on terms that he was happy with. This is a collection of stray tracks, but there aren't that many tracks, relatively speaking. He almost never plays unreleased songs in concert, and bootlegs of solo studio recordings haven't leaked. I had to stretch out over an entire decade to find enough songs to make up an album.

But, happily, what's lacking in quantity is made up for with quality. All these songs are solid. In fact, I'd say this is just as good a listen as his albums from around the same time. For instance, I'd consider "Thanksgiving Day" to be one of his very best solo songs, but it only was released as a bonus track for one of his albums.

I've kind of cheated a bit in that two of the songs here - "Vietnam Cowboys" and "The Voodoo Walk" - appear on one of those albums. But these are demo versions that were released as bonus tracks. I figure they're different enough to merit inclusion.

The last four songs are officially unreleased. One, "Sane," is a studio recording that somehow got released on the Internet, but never actually appeared on record. The other three are rare examples of unreleased songs that got played in concert. In his introduction to "Depressed I Am Not," he mentioned that song was one of many songs he wrote for Frank Sinatra (!) that remain unreleased. I suspect he has a large number of unreleased songs in the vaults. I hope he'll share more with us someday.