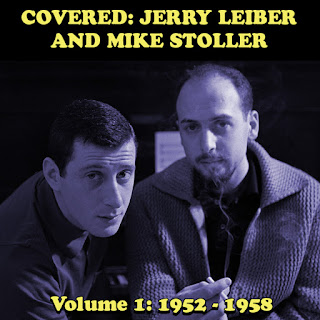 So far with this blog, I'm been prioritizing posting stray tracks compilation albums for individual artists, since those usually can't be found elsewhere. But there are other things I want to post, and one major category is various artists compilations. So far, I've posted a little bit of that, especially my series of "Nuggets" compilations sorted by country. I still plan on posting the US and Britain compilations in that series, but I have to figure out how to organize it into manageable pieces. In the meantime, I'm going to start this new series, which I call "Covered."

In my opinion, songwriters are drastically underappreciated. I believe that, in the long run, the quality of the song matters more than the performance. But of course the performer gets nearly all the fame and glory, in the same way that movie stars are usually much better known than directors, producers, or screenwriters. In this series, I want to highlight some of the greatest songwriters, or songwriting teams, of all time. Some in this series, such as Carole King or Smokey Robinson, have been major performing stars as well, but I plan on looking exclusively at songs performed by others.

Sometimes, there have been various artists collections along these lines. For instance, there have been a couple of pretty good box sets dealing with the music of Burt Bacharach and Hal David. But even with the best official efforts, there are licensing problems that mean key songs are left out. On the flip side, there usually are many songs included that aren't that good. I'm making exactly what pleases me. I'm trying to include all the big hits, but if there's one I don't like, I'll probably resort to using a version of that song by someone else, or maybe not include it at all. And there usually are rarities that I do like and weren't hits at all.

The first in this series is the team of Jerry Leiber and Mike Stoller, because their success goes way back to the early 1950s. I'm not going to recount their story. If you don't know who they are, check out their Wikipedia entry as a starting point to learn more:

In short, they wrote over 70 hits, mostly in the 1950s and 1960s, and are undoubtedly one of the best songwriting teams of all time. They produced a great number of hits as well, and ran their own record company. They especially fed a lot of hits to the Coasters and to Elvis Presley. I've usually selected the original hit, but sometimes I went with an alternate, especially because I didn't want to overload this with Coasters and Elvis performances. So, for instance, I went with Big Mama Thornton's version of "Hound Dog" instead of Presley's. Also, my rule is to only include one version of a particular song, even if two or more artists had big hits with it.

As I mentioned above, I try to include the hits, but not if I don't like them. For this album, probably the only controversial choice is that I don't like "Loving You" by Presley. I find it slow, it a boring and overdone manner. But it was a huge hit. So I found a rare fast version that I like much better, and I've included that instead.

I've broken up this collection into three albums of about 50 minutes of music each. This is the first. For all albums in this "Covered" series, the songs are ordered chronologically by year. But I don't go into enough detail to figure out the release order within each year.

As usual, I don't like using black and white photos for the cover art. But I couldn't find any color photos of Leiber and Stoller from the 1950s, so I tinted this one. I believe it dates from 1959. Leiber is on the left.
Posted by Paul at 1:55 AM