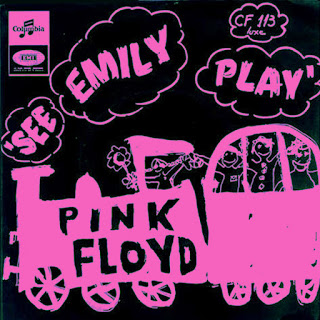 Pink Floyd is another great musical act that has a messed up discography, especially for its early years. Admittedly, the 2016 box set "The Early Years" did a great job of getting nearly all the vital early material officially released. However, it did a fairly poor job in terms of presenting the songs in a logical and most listenable order. It often seemed their main concern was cramming each CD about as full of music as they could.

That's admirable that they wanted to release so much stuff. But over the years I've come to believe that 30 to 50 minutes is a good album length. It lets the artist set a mood and make a statement (sometimes) without overstaying its welcome. When CDs became big in the 1980s, artists were freed from the maximum length vinyl could handle of about 50 minutes, and often filled up nearly all they could of the maximum 74 minute CD length. This led to a lot of bloat, with songs often going on for a minute or two longer than they should have, and other problems. Happily, in recent years, many musical artists have been going back to the earlier album lengths.

Pink Floyd's non-album tracks are better heard with that old album restriction, and with more thoughtful track selection and order. I'm planning on posting a series of albums that will do just that. I assume that anyone interested in downloading this already has "The Early Years." If you don't, go get it first!

First up is arranging Pink Floyd's early singles and related stray tracks. My challenge was to organize the 1967 material into how it might have appeared if it came out on an album in 1967 or 1968. The "problem" was "Nick's Boogie," an 11 minute instrumental. I stuck that on the end of what would be side A of the album, and then followed it up with some short poppy numbers, so one doesn't get too much instrumental weirdness all at once.

In 1965, Pink Floyd recorded a few songs that went unreleased at the time. In my opinion, some of them are underdeveloped and/or generic, and not worth repeated listens, unless you're a die-hard fan. But I liked three songs enough to include them. One song, "Butterfly," sounds exactly like a good 1967 Syd Barrett song. "Walk with Me Sydney" is the first known Roger Waters original with vocals shared between Barrett, Waters, and a girlfriend of one of the band members, while "I'm a King Bee" is a blues cover.

UPDATE: On October 29, 2021, I updated the mp3 download file. I added the songs "Walk with My Sydney" and "I'm a King Bee" from 1965. I also added "Experiment (Sunshine)" and "Reaction in G." Additionally, I rearranged the song order some to be more chronologically correct. I also removed the bonus tracks and replaced them with an alternate version of "Interstellar Overdrive."

For the cover art, I wanted to use whatever the cover for the "See Emily Play' single was. But that turned out to be surprisingly boring for a psychedelic band, especially because it was in stark black and white. So I inverted it and added some color.