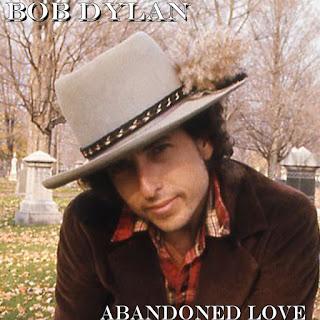 In the 1960s, Bob Dylan was a seeming non-stop songwriting machine. By the mid-1970s, his songwriting pace had slowed considerably. However, the songs he was writing remained very high quality, as anyone who has ever heard the 1975 album "Blood on the Tracks" can tell.

Putting this album together was mostly a case of selecting non-album songs from the time period that appeared on "Biograph" and "The Bootleg Series, Volumes 1 - 3."

However, a few songs come from other sources. "Patty's Gone to Laredo" and "Hollywood Angel" are from "The Rolling Thunder Revue: The 1975 Live Recordings." "Rita May" was a 1975 B-side. "Spanish Is the Loving Tongue (1974 Version)" comes from the archival release "The Bootleg Series, Volume 14: More Blood, More Tracks."

"Patty's Gone to Laredo" has an interesting history. It's a Dylan original that first showed up in his unsuccessful 1978 movie "Renaldo and Clara." But only part of it was played in the background while actors were talking over it. This left Dylan fans intrigued yet frustrated. Finally, in 2019, a version was released on an archival album. But this was a rough version done for a tour rehearsal that had some issues. I edited it some to hopefully make it sound better. That's the same case with the original "Hollywood Angel."

UPDATE: On October 2, 2021, I changed the mp3 download file. I added a couple of songs, "Spanish Is the Loving Tongue (1974 Version)," "Hollywood Angel," and "Patty's Gone to Laredo." I also moved a couple of songs, "Sign Language" and "Seven Days," to the next album in this series. The songs I moved were from 1976, so I changed the time frame of the album to just 1973 to 1975. Furthermore, I removed "Rock Me Mama (Wagon Wheel) and "People Get Ready." I'm planning on posting more Dylan albums from the mid-1970s, and those songs fit better on other albums.

For the cover, I selected a photo that was an alternate from the photo session for the cover of the 1976 "Desire" album.