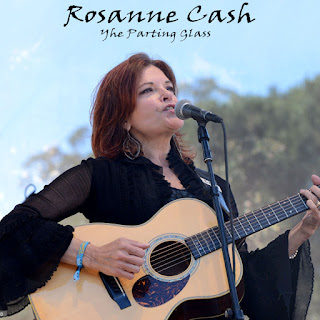 Here's the next in my series of Rosanne Cash stray tracks albums. Sadly, I'm catching up to the current day, so this will be just one more after this (at least for a good while). It's up to her usual high standards.

The vast majority of the songs here come from official sources, so their sound quality is excellent. It's the usual mix of bonus tracks, various artists compilations, and the like. Three songs are unreleased and come from concert bootlegs. Of those, the sound for "Things We Said Today" is a bit rougher than the rest.

Most of the songs are cover versions, but a few are originals. For instance, the first two were written by her. "April 5th" was written by her, Elvis Costello, and Kris Kristofferson.

The photo for the cover art comes from a concert in San Francisco in 2014.
Posted by Paul at 9:58 PM