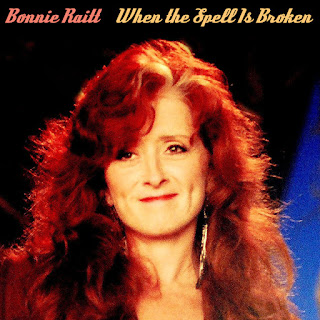 First off, I've gotta say "When the Spell Is Broken" is a great Richard Thompson song, and Bonnie Raitt does a great version of it here. In a better world, it would have been a hit. Anyway, here's the next in my long series of stray tracks albums for Ms. Raitt. This is a particularly good one.

She was still at the peak of her popularity, and used that to collaborate with some of her musical heroes. She collaborates with someone else on all but two of the songs here. (However, you don't really notice that on the two collaborations with Randy Newman. He wrote those songs, but he doesn't sing on them.)

All but three of the songs were officially released, so the sound quality is very good. For those three, two of them come from TV appearances that were well recorded, so those sound as good as the rest. The other songs come from various artists compilations and duet appearances on other musicians' albums.

There's one song that doesn't sound as good as the rest, "Mercy, Mercy." So I've only included that as a bonus track.

I'm not sure where the cover art photo of Bonnie Raitt comes from exactly, but it dates to 1994.
Posted by Paul at 4:03 PM