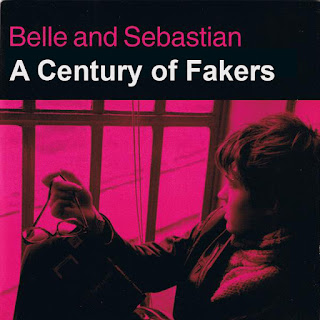 Yesterday, I posted an album of Belle and Sebastian songs from 1994 and 1995. The band has no stray tracks I could find from 1996 (they released two albums that year), but here's an album of stray tracks from 1997.

The core of this album are the two officially released E.P.s, "Lazy Line Painter Jane" and "3.. 6.. 9 Seconds of Light." I've simply included those two E.P.s, except that I changed the order of one of the songs. That's because the songs "A Century of Elvis" and "A Century of Fakers" use the exact same backing track, but one has spoken word over the music while the other has a sung melody to totally different words. Putting the two E.P.s together in the order they were released almost puts the two songs back to back, so I moved the latter one towards the end of the album.

In addition to the two E.P.'s, I found one very rare rarity to add to the end. It's an instrumental called "Tigermilk." That name is also the title of the band's first 1996 album, but this song not only didn't appear on that, it's never been released officially anywhere.

Finally, I've added one bonus track to the very end. This is a version of "Seeing Other People," a song from the 1996 "If You're Feeling Sinister" album, but done in a different slow version for the BBC, also in 1996.  For some reason, it wasn't included on the official "BBC Sessions" album, even though one of the songs on that comes from the exact same BBC session.

The cover is the cover of the "Lazy Line Painter Jane" EP, but with the title changed.
Posted by Paul at 12:50 AM