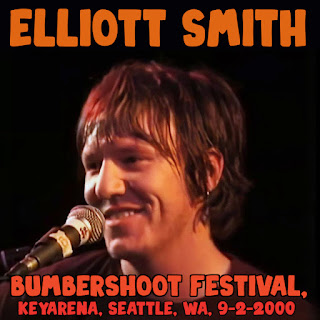 When it comes to Elliott Smith live recordings, there are a great many, but the vast majority are audience bootlegs with variable sound quality. That's especially the case for shows when he played with a band, because it's harder to get a listenable recording than if it's a solo acoustic performance. So I was very pleased to recently come across this concert of Smith playing with a small band. It was professionally recorded in order to be broadcast over the Internet at the time, so the sound quality is really excellent. Plus, Smith was a troubled soul who could have good days and bad days, but he had his act together here.

All of the songs are with his band except the last four. I'm guessed he played all the songs the band knew, then wanted to do a few more.

There's not much else to say, since there were no problems to fix. If you enjoy his music, you should definitely give this a listen.

This album in an hour and six minutes long.

The cover is a screenshot taken from this exact concert.