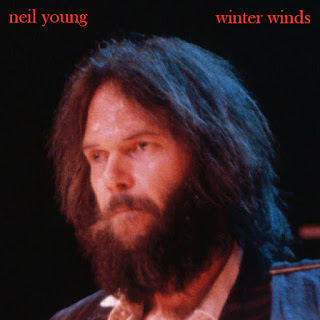 Generally speaking, the 1980s weren't good for Neil Young and his music. Only at the tail end of the decade did he seem to fully recover his musical mojo. I'm going to cover this period of music with some song collections. But I don't feel his albums from about 1980 to 1987 are strong enough to regularly listen to from start to finish. So I'm going to make some albums that use every good song I can get my hands on from that time, from album tracks to unreleased stuff.

This album deals with the years 1980 and 1981. Young was on top of the world all through the 1970s, including his 1979 album "Rust Never Sleeps," which was a hit both critically and commercially. Then came "Hawks and Doves" in 1980 and "Re-ac-tor" in 1981. They were big disappointments, and his sales plummeted.

I think two things happened. One, it wasn't widely known at the time since he didn't publicly talk about it then, but we have since learned that he had a son recently born with cerebral palsy, and taking care of his son's medical issues took up a great deal of his time and energy for a few years. Two, he probably was tired of playing the music business game after being all-in with it for more than a decade. This happens to musicians from time to time. For instance, Van Morrison pretty much halted his music career for all of 1976 and 1977. As a reflection of this, Young only played one full concert between 1978 and 1982, which was an unusually long break for him.

Just look at the photo of him that I've selected for the album cover. It comes from the one concert he did in those years, in October 1980. With his uncharacteristic beard and distant stare, he looks like a guy who was seen some serious shit.

"Hawks and Doves" and "Re-ac-tor" are not good albums.  One can tell he simply didn't put much effort in them. One clue for this is that "Hawks and Doves" is slightly less than 30 minutes long. Another clue is that he reached back to songs recorded years earlier to fill out both albums. (He had a record contract that required him to release at least one album of new material per year.) Unfortunately, he had all sorts of great songs in the can at the time, many of which still haven't officially come out, and he made some puzzling choices over which older songs to include. I'm not including them here because those older songs he did include, like "Captain Kennedy" and "The Old Homestead," belong with 1970s collections, in my opinion.

For many people, including me, the nadir is the 1981 song "T-Bone," which is nine minutes long and repeats one line, "Got mashed potato, ain't got no T-bone" over and over." A vocal minority consider the song as some kind of raw minimalist genius, but I strongly disagree. He was just padding his records out to fulfill his record contract. He would have done better to not release any new music at all if he didn't feel it, or he could have padded his records out with more great unreleased songs from the 1970s.

The good news is, his 1980 and 1981 music isn't all bad, and he actually did some very good songs during this time. It's just that only about half the songs from both "Hawks and Doves" and "Re-ac-tor" are up to his usual standards. So I've chosen my favorites from both. I've looked at social media posts about both albums, and there seems to be broad agreement about which songs are the strongest. I especially like three songs on "Re-act-or": "Surfer Joe and Moe the Sleaze," "Southern Pacific," and "Shots."

In addition to the songs from those two albums, I've included three songs that haven't been officially released at all. "Winter Winds," also known as "Turbine," is an original song that was only played once, at that lone 1980 concert he did. Unfortunately, the sound quality isn't that great, but we have to make do, since he only did it that one time and we're lucky to have any recording of it at all. I used an audio editing program to boost the vocals some, though one can only do so much. Hopefully, it sounds better than ever before. It's a real shame this wasn't included on "Hawks and Doves," Since its sole concert appearance happened before that album release and that album was so short, but that's Neil Young for you. He makes a lot of head scratching choices.

"I Wonder Why" is a very nice original from 1981. It's so good that it's frustrating he didn't release it at the time, considering some duds he puts on his albums then. I'm guessing it was written too late for "Hawks and Doves," and didn't fit with the rocking sound of "Re-ac-tor." It didn't fit the sonic themes of his next couple albums either, so it probably got forgotten after a while.

"Baby What You Want Me to Do" is a cover of the blues classic. It was recorded live in New York City in early 1981, when he showed up for a Mike Bloomfield tribute concert and played a couple of songs. Even though it's not his song, he sounds engaged with his singing and guitar playing.

The music here totals up to 46 minutes, which is a good length for an album. Instead of two weak albums, I think you end up with one that's pretty solid. The only down side is that the country "Hawks and Doves" songs sound pretty different from the rocking "Re-ac-tor" songs, which he recorded with Crazy Horse. But still, if you've shied away from his early 1980s stuff, give this a try.

By the way, I consider "Coastline" from "Hawks and Doves" to be a pretty decent song. But I didn't include it, because there's a version from 1983 that I like better, and will show up later.

For the album cover, I explained above about the photo I chose. I'm lucky that it's an interesting photo, because it's the only one I could find of him that definitely is from 1980 or 1981. For the text, I deliberately chose the same font, color, and lower case style as the text on "Re-act-or."
Posted by Paul at 4:31 PM