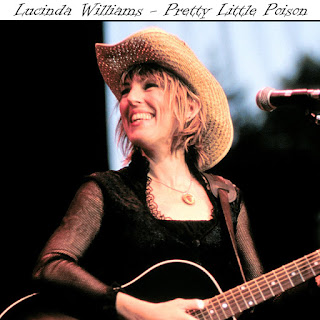 In 1992, Lucinda Williams released her acclaimed album "Sweet Old World," and in 1998 she released her even more acclaimed album "Car Wheels on a Gravel Road." The six years between albums was a very long time for someone still in the early arc of their career. This album shows she still recorded a lot of good music in those "missing years." If you enjoy "Car Wheels on a Gravel Road," you should enjoy this.

All but one song is officially released, and that one song was recorded for radio, so the sound quality is uniformly excellent. Most songs come from tribute albums and other various artists collections, as well as duets that appeared on other people's albums. Two of the songs are bonus tracks from "Car Wheels."

A majority of the songs are covers, including: "You Don't Have Very Far to Go" (Merle Haggard), "Positively 4th Street" (Bob Dylan), "Cowboys to Girls" (The Intruders), "Apartment No. 9" (Tammy Wynette), "You're Still Standin' There" (Steve Earle), "Here in California" (Kate Wolf), and "Come to Me Baby" (Howlin' Wolf).

UPDATE: On May 12, 2020, I updated the mp3 download file. The first three songs here - "All I Want," "Pancakes," and "Main Road," were moved from the previous album in this series. That's because that album got too long after I found four more songs for it. I also found one new song for this album, "The Farm."

Furthermore, I updated the original song "Blaze" from being a bonus track for two reasons. One, I found a much better version of it in terms of sound quality. Two, I thought it was merely an early version of the song "Drunken Angel" found on her 1998 album "Car Wheels on a Gravel Road." But after listening to this new version carefully, I realized that although the songs are about the same person and the phrase "drunken angel" is mentioned in "Blaze," they're really different songs.

Finally, the above changes meant five more songs were added to this album. So I move four songs to the next album in this series ("Here in California," "Down the Big Road Blues," "Out of Touch," and "Come to Me Baby").