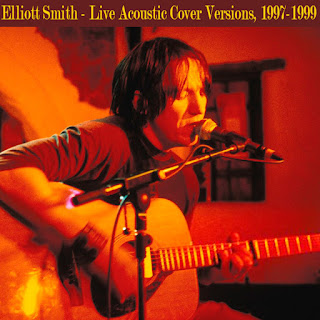 Isaac Newton once said: "If I have seen father, it is by standing on the shoulders of giants." One reason I think Elliott Smith was so great was because he was inspired by some of the best musical giants who came before him.

This album illustrates that point very well. All the songs here are cover versions, done acoustically in concert. I generally removed the audience noise at the end of songs. Only two performances here have been officially released, but the sound quality is generally very good. The one exception to that is "Oh Sister," a Bob Dylan song, which is hissy. So I made that a bonus track.

Here are the original artists for the other songs:

Smith did so many live acoustic cover versions that I have a sequel album covering the other years of his career. I also have an album of live cover versions done with a full band.