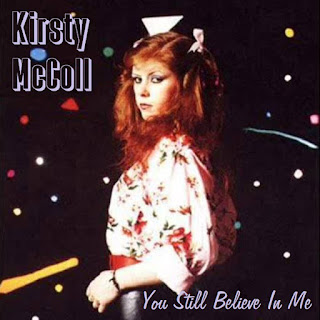 This is a  Kirsty MacColl stray tracks album that deals with the years 1981 to 1983. MacColl had put out an album in 1981, but it didn't do well. She continued to try to get her solo career off the ground, but without much success so far. Mostly, this consists of the A- and B-sides of singles that didn't make much of an impact at the time. But it's all good stuff, showing what a talented singer and songwriter she was even at an early stage. There also are two unreleased demos included that are just as good.

One of the songs here, "There's a Guy Works Down the Chip Shop Swears He's Elvis," was actually stolen from the album "Desperate Character." The reason I put that here instead of on my previous MacColl post is because the official version of that album had two versions of the song on it, which aren't that different, but this is the somewhat more country-styled version.

MacColl almost released a second solo album in 1983 called "Real." This isn't it. That'll be my next post of her stuff.

UPDATE: On January 16, 2022, I updated the mp3 download file, because I added two songs, "Love Is Cruel" and "Trouble with People." Both are unreleased studio takes that seem to have become public some time in 2021. I also removed the song "Berlin," since it was supposed to be on the 1983 "lost album" "Real" and I've made a version of that album. I replaced it with the song "I Want Out," which was a song I'd put on a previous version of the "Real" album.

Thanks to Peter at the Albums I Wish Existed blog for the cover art.