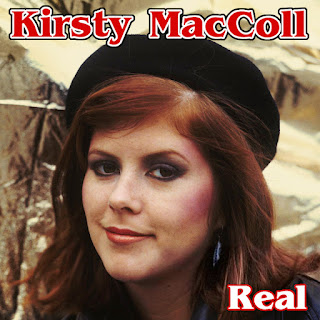 Kirsty MacColl put out her first album, "Desperate Characters," in 1981. By 1983, she was ready to put out her second album. It was so close to coming out that it had a name, track listing, and cover art. But the record company balked at the last minute, worried it wouldn't sell enough to be worth their bother.

This is my attempt to recreate that album. I must admit that it's an imperfect attempt though, because it was due to have 12 songs on it, and only nine of them have come to the public either officially or on bootleg. So I filled out the rest of the album with five other songs from 1984. One of them, "A New England," was a hit for her in Britain.

Only one of the songs intended for the album, "Berlin," was released at the time, as an A-side. Four more were released later on compilation albums. The last four, "Germany," "Goodnight Paris," "Lullaby for Ezra," and "Up the Grey Stairs," remain unreleased, but their sound quality is very good, since they are studio versions.

Is it the lost album "Real?" No. But is it up to MacColl's usual high standards? Pretty much. I say "pretty much" because some of the unreleased songs meant for the album apparently were demos and not fully developed. I hope that someday the rest of the album will see the light of day so we can see exactly how the whole thing was supposed to sound

By the way, the songs from "Real" that still haven't become public in some way are: "Bad Dreams," "Man with No Name," "Time."

The last song here, "London Girls," needs some special explanation. The song was written by MacColl as the opening theme song for a short-lived British TV show called "Dream Stuffing." It was never officially released in any form. Like a lot of TV theme songs, it was quite short, in this case less than 40 seconds long. However, I noticed that it ended with a musical snippet that repeated a snippet near the front of the song. So I used that to edit it to repeat itself without a pause in the middle. Even with the repeat, the song is only one minute and twenty seconds long. But now it sounds more like a song to me instead of a snippet.

This album is 54 minutes long.

UPDATE: On January 22, 2022, I updated the mp3 download file. Four of the songs intended for the "Real" album, "Germany," "Goodnight Paris," "Lullaby for Ezra," and "Up the Grey Stairs," became public sometime in 2021, and I finally found out about them and added them. That makes this a much more accurate version of "Real." I also moved the song "I Want Out" to the previous stray tracks collection "You Still Believe in Me," because I thought it was intended for "Real" and apparently it was not. I swapped it with "Berlin," which apparently was supposed to be on "Real."

When I first posted this album, I used a cover that I thought was the real cover for the intended album. But I later found out it a fan creation and had no relation to whatever cover may have been planned. Although it's good, it lacks color, so I decided to make my own. This one uses a photo from 1981. I couldn't find any good ones of her from 1983.