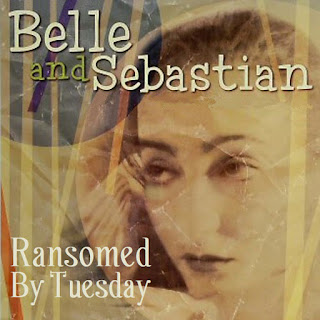 I hope everyone is having a happy holiday season. I've been away for a while, busy with holiday stuff, but I plan to push a bunch in the next few days to make up for it.

Here's the next in my series of stray tracks albums for Belle and Sebastian. It's especially fitting to post this right after Christmas, because three songs on it are Christmas songs. But they're very off the wall songs. One ("I Took Some Time for Christmas") is an original. Another is actually a cover of a James Brown song ("Santa Claus Go Straight to the Ghetto"). (They did some other covers of Christmas songs at the same radio show session which I didn't include here because they're standard versions of overplayed songs like "O Little Town of Bethlehem" and "The Twelve Days of Christmas.")

Aside from the Christmas songs, this is a fairly standard collection of songs from B-sides, solo works, various artists collections, and unreleased songs. The two solo songs are from an Isobel Campbell solo album. One song here, the last one, is a remix of the well known Belle and Sebastian song "I'm a Cuckoo." Normally, I avoid including remixes, but I'm making an exception here because the remix is significantly different from the original song, and very well done.

The cover was made by Peter of the Albums I Wish Existed blog. It's based on a Belle and Sebastian concert poster from this time period.
Posted by Paul at 9:17 PM