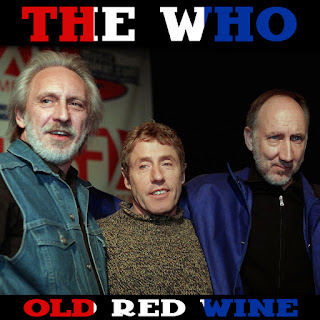 It's taken ages, but this is finally the last of stray tracks for the Who. I had delayed posting this because I found out two previously unreleased versions of songs from the band's 1982 album "It's Hard" were released in recent months (as I write this in July 2022). It took a while, but I finally got copies, and added them to the previous stray tracks album in this series, "After the Fire." That album was rather long with the two songs added to it, and this album was rather short, so I moved what had been the last song on that one to be the first song here. So I recommend you download that one too.

Unfortunately, after 1982, the Who became more of an "oldies" band, frequently playing their hits in concert, but rarely releasing new music. They have only put out two new albums in all the years since then, "Endless Wire" in 2006, and "Who" in 2019. This collects what occasional new music they did that wasn't on either of those albums.

Also, I didn't include anything from Pete Townshend's solo career, because I think almost everything he did is very good and worth listening to. But I did consider fair game Roger Daltrey's solo songs if they were A) good songs and B) either sounded particularly Who-like and/or had some Pete Townshend connection. I think it's unfortunately that Daltrey generally tried an MOR (middle of the road) approach with his solo material instead of rocking out like the Who, so the number of songs that fits my criterion is fairly small for this era.

The first song is a Townshend song from one of his solo albums but in a different version that's sung by Daltrey. The second song is a medley of Johnny Cash songs done live in acoustic mode by the Who. The next three songs are original Who songs added on to various compilations of the band's best songs. The three songs after that come from a 2018 Daltrey solo album called "As Long as I Have You" that was particularly good and rocking by his solo standards. Two of them even featured Townshend on guitar, and the other is a 1960s soul cover. The remaining four songs are bonus tracks from various editions of the band's 2019 album "Who." The last two weren't performed and released until 2020.

Although it's very slim pickings on a yearly basis for new Who material during these years, what they did do is pretty solid, in my opinion.

The cover photo was taken at a press conference in 2000. Unfortunately, bassist John Entwistle, shown on the left in the photo, died two years later.