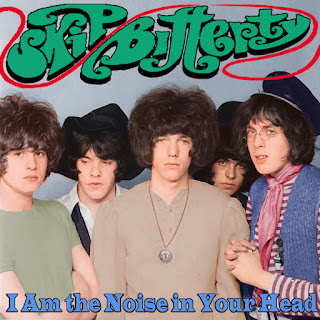 In the late 1960s, there are many cases of musical artists releasing one poorly selling and supposedly classic album, and then breaking up and drifting back into total obscurity. That's especially true for psychedelic bands. Skip Bifferty is one such band. In most cases, these albums have a lot of hype but end up being underwhelming. But Skip Bifferty's one album, released in 1968 and also called "Skip Bifferty," is one I like. (It also gets a very good average review rating on rateyourmusic,com, resulting in the bolded status reserved for only the best rated albums.)

Although Skip Bifferty didn't last longer than one album, they had enough other material for this album of stray tracks. On top of that, because they were a British band, they performed for the BBC at times, and there's enough material for a BBC album that I'll post later. That has a few more unique songs on it that didn't make it to their sole album or to this collection.

Here's the Wikipedia entry if you want to know more about the band:

Their story isn't particularly dramatic. They put out a few singles, and one album, but nothing they did caught fire and sold in large numbers, so they faded away and broke up. Near the end, they released one single under the name "Heavy Jelly," probably due to growing problems with their record company. With a slight personnel change, they released another single as "Griffin," and then broke up for good.

By the way, nobody in the band was actually named "Skip Bifferty." I don't know why they chose that name. If anyone does, please let us know.

Although this is a stray tracks album, I think if this had been released as an album back in the day, it's one that most bands in the genre would have envied. It has five A-sides on it, so it's not like this contains leftovers. Everything here has been officially released, and all of it was compiled on the official archival album "The Story of Skip Bifferty." So the sound quality is excellent.

If you've never heard this band's music before, I would suggest starting with their 1968 album "Skip Bifferty." But this is similar and almost as good.

Skip Bifferty is such an obscure band that I couldn't even find a single color photo of them. But I found a decent black and white one, and then I colorized it. I took the lettering of the band's name, complete with red stripe running through it, from the cover of one of their singles.