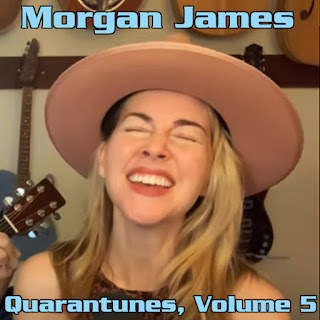 I'm still on vacation, but I should be back home in less than a week. I haven't had as much time to post things to this blog as I'd expected. Right now, I'm going to post a Morgan James album, even though I did one a few posts back, because it's a rare case of something where I already have an album cover made.

Also, I've posted a bunch of her albums, so I don't think I need to explain things. This is just like virtually all of her other albums I've posted, with her doing all cover songs in a strictly acoustic format.

As usual with her, she does songs from a wide range of time periods and styles. (All the songs are here in the order she originally recorded them. Note on this album, there's e a Kay Perry song followed by one from Irving Berlin!)

Here's a list of the original artists for each song:

As with the other albums in this series, the cover art is a screenshot taken from one of the YouTube videos of the songs included. I forget which one, though..