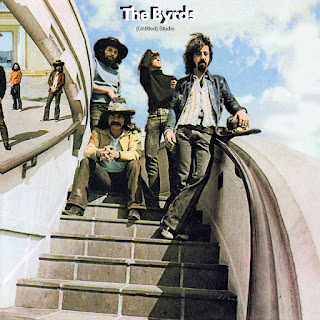 The original studio album was about 37 minutes long. I removed "Take a Whiff on Me" because the revised live album contains a version of that song that I prefer. I also edited down the song "Welcome Back Home," because the original version is nearly eight minutes long, and far too repetitive for my tastes. This edited version is only four minutes long. I also used an alternate version of "Yesterday's Train" that I liked better.

After those removals and changes, the album was only 27 minutes long. But I made up for that and some by adding five songs: "Kathleen's Song," "Willin'," "Just like a Woman," "Lover of the Bayou," and "Amazing Grace." All of thesee, plus the alternate of "Yesterday's Train," come from the 2000 expanded edition of the album, given the new name "(Untitled)/(Unreleased)."

After those additions, the studio portion is now 48 minutes long. That's pretty long for a single album of that era, but still doable. I think it's a stronger version than the original. Note that there are concert versions of "Lover of the Bayou" and "Willin'" on the live portion of "(Untitled)" that I've posted separately. But they're both good songs, and I like both versions, so I've included both.

The cover here is mostly the same as the official cover, but I made one very significant edit. The original photo was of the band standing on some stairs with sky in the background. This was edited back in 1970 to have a desert in the background instead. I went with the original look, with the sky background. If nothing else, this difference should make it clear that this is an alternate version instead of the original.

The original was also edited to include a warped version of another photo of the band on the side of the stairs, and I've kept that the same.