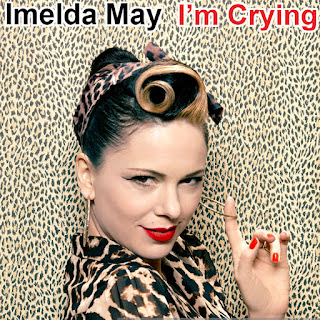 It's time for another Imelda May stray tracks album. This one deals with the years 2014 to 2016. If you like her past ones, you'll be sure to like this one too.

This album is unusual for this stray tracks series in that the vast majority of the songs are officially unreleased. Only three of the 12 songs were officially released. That said, the sound quality is still pretty good. Another six of the songs come from appearances on TV shows, and those all sound very good as well.

This time around, many of the songs are covers of classic songs in a wide variety of genres. She does a New Wave song ("Say Hello, Wave Goodbye"), a Motown song ("Get Ready"), a soul song ("You Send Me"), a British Invasion song ("You Really Got Me"), and many more. She even does a version of "Bein' Green," a song best known due to the version by Kermit the Frog!

Email ThisBlogThis!Share to TwitterShare to FacebookShare to Pinterest
Labels: 2014, 2015, 2016, Imelda May