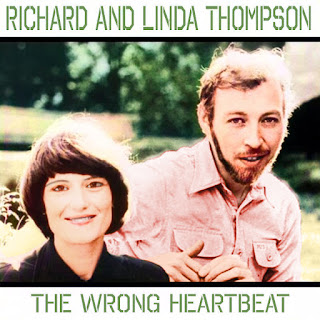 I've been really getting into Richard Thompson's music lately. I'd already been a big fan, but I recently found a bunch of bootleg material I hadn't known about, and I've been incorporating it into my collection. I've got so much of his stuff to post that I'm going to post three of his albums at once, finishing off the stray tracks for the phase of his career with his then wife Linda Thompson.

This album deals with the years 1978 to 1980, but most of it is from 1980. A majority of the songs are originals, and the rest are pretty obscure covers. Well, a couple of them aren't obscure. Surprisingly, Richard does the surf rock instrumental "Pipeline" and a song best known from its association with the Harlem Globetrotters, "Sweet Georgia Brown." Oh, and "Crying in the Rain" was a hit for the Everly Brothers.

The song quality ranges from excellent to pretty good. There are three songs though that I wanted to include but felt I couldn't, due to sound quality issues. So I've added those as bonus tracks.

I could find very, very few photos of Richard and Linda Thompson. I found this one in black and white and added a sepia tone. Months later, I colorized. I'm not completely sure, but I believe it's from 1978.